I'm going to start off with an apology for not posting an Inspiration of the Month for March. Trust me, this was not for lack of inspiration but rather lack of time for doing this article justice! Maybe I'll do a double feature this month :)

I actually first read about Judge Mitchell in Runner's World, so I hope I'm not stealing from them in any way, I was just touched by what I read and so it's stuck with me ever since. This high court judge in LA started Skid Row Running Club back in 2012 as a way to support members of The Midnight Mission (a centre dedicated to transforming the homeless back into self sufficient citizens) through his passion for running and the power he knew it had for self development and companionship. 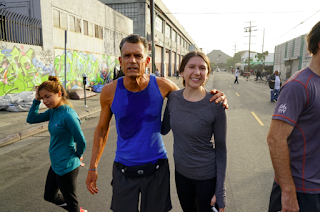 The club got off to a slow start but after an increase in members as word spread and several successful trips abroad to run marathons,
it has become somewhat famous, with a documentary all about its members stories and collective antics due to be released 9th May later this year. The advert for this can be found here: https://www.youtube.com/watch?v=lq4o8P_seMc. With an ever increasing number of members, consisting of both professionals from the local area as well as homeless and recovering addicts from the Midnight Mission alike, they continue to meet thrice weekly at 5.45 a.m. for a 4-6 mile run. This provides structure, motivation and company to each runner but also makes a huge impact on their overall wellbeing and position in life. For some, it has meant obtaining a passport and travelling across seas to take part in what would already be seen as an emotional event for the average person. It has given them courage to pursue further goals in self-development like employment or securing their own place to live.

The reason I had to write about Craig Mitchell as my Inspiration of the Month was because he has been the rock who pulled this successful club together and has dedicated so much to its members. It seems like a very simple idea looking back, but the planning, early mornings and time commitment he has shown whilst keeping up a very high stress level job are no mean feat and deserve to be acknowledged. I know he is appreciated greatly by the clubs members but I thought he deserved a little extra praise and publicity for his hard work and goodwill, even though I know this isn't why he does it or even probably what he sees it as. 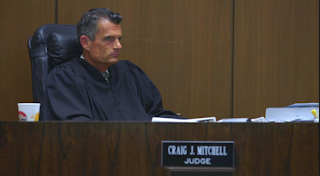 Nowadays it's more important than ever to take a step back and look at what we've got and what we can be contributing to the world instead of focusing on the materialistic or selfish goals. It's very easy to get sucked into the rush of the world around us, keeping our heads down and suffering in silence but if we acknowledge each other every once in a while and help each other along the way it can make life so much more enjoyable and easy. Whatever makes you smile, fit in the time, share it with others and take care of yourself mentally.

If you have the time, this is the link to donate to Skid Row Running Club : http://www.skidrowrunningclub.com/donate/. This money goes directly to purchasing kit and travel expenses for the runners and is well deserved. Small amounts are just as appreciated as the large! You can even purchase a T shirt when they aren't out of stock :)