Boyan Slat and The Ocean Cleanup

OVER 5 TRILLION PIECES OF PLASTIC CURRENTLY LITTER THE OCEAN

About The Ocean Cleanup

This is an NGO (non-governmental organisation) developing advanced technologies to clean up the world's oceans by utilizing ocean currents to direct plastic into what is effectively a large floating net. Based in the Netherlands, although soon to be moved to San Francisco, they now operate with over 70 staff and aim to clean up HALF THE GREAT PACIFIC GARBAGE PATCH in 5 years' time. I highlight this because it's an extremely ambitious goal, however they've carried out the studies to prove its' feasibility with positive results.

The plastic is brought to land to be recycled and sold on to B2C (business to consumer) companies, which is how The Ocean Cleanup earns its profits to continue the process and progress further out into the ocean.

Why this is necessary

''For society to progress, we should not only move forward but also clean up afterwards.''- Boyan Slat, CEO and founder

The Ocean's currents drift large plastics into clusters known as Gyres (or more like islands), and over time these larger plastics break down into components that sea life then mistakes for food. The problem of plastic pollution has an impact on more than 600 marine species, sometimes resulting in death. And if this isn't enough to pull at your heart strings and make you consider where that left-over sandwich packaging is going to end up, think about the fact that this isn't only effecting other life forms, but is havin a direct impact on our health and even our economy.

Plastic pollution is estimated to have an annual financial damage of 13 billion USD (approximately 10 billion GBP) due to the effects it has on marine life, tourism, fisheries and businesses.

A darker side to this issue if you are the robot type who remains unaffected by loss of wildlife, disruption to the ecosystem etc., and that is it can have a huge impact on your health too. It's a vicious cycle. As a quote taken from www.theoceancleanup.com so eloquently puts it, 'plastic pollution does not only impact sea life, it also carries toxic pollutants into the food chain-a food chain including us humans'. 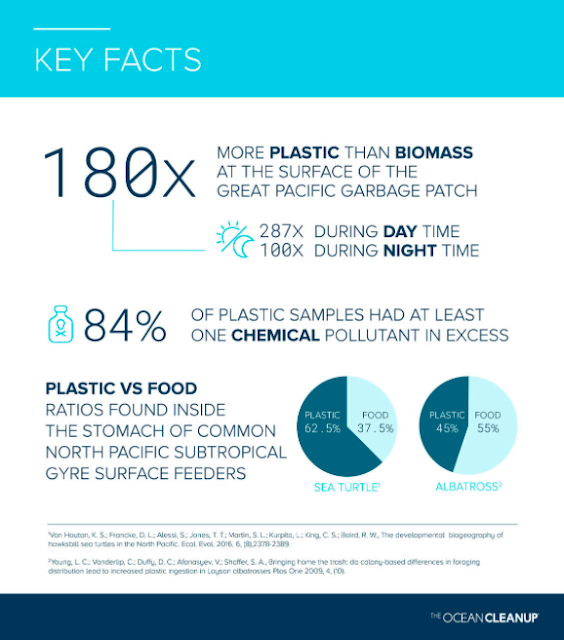 This summer, The Ocean Cleanup will attempt to launch its first cleanup system inside the Great Pacific Garbage Patch. 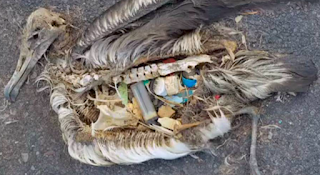 Please take 10 minutes to visit their website and checkout their progress, it's a great technology with a real future which we should all be investing in <3 www.theoceancleanup.com